Dust, mud, extreme weather… riding a BMW GS the way it is intended, is not something for the weak minded. A bike that breathes adventure needs to be taken out on the road and actually mostly off the road. 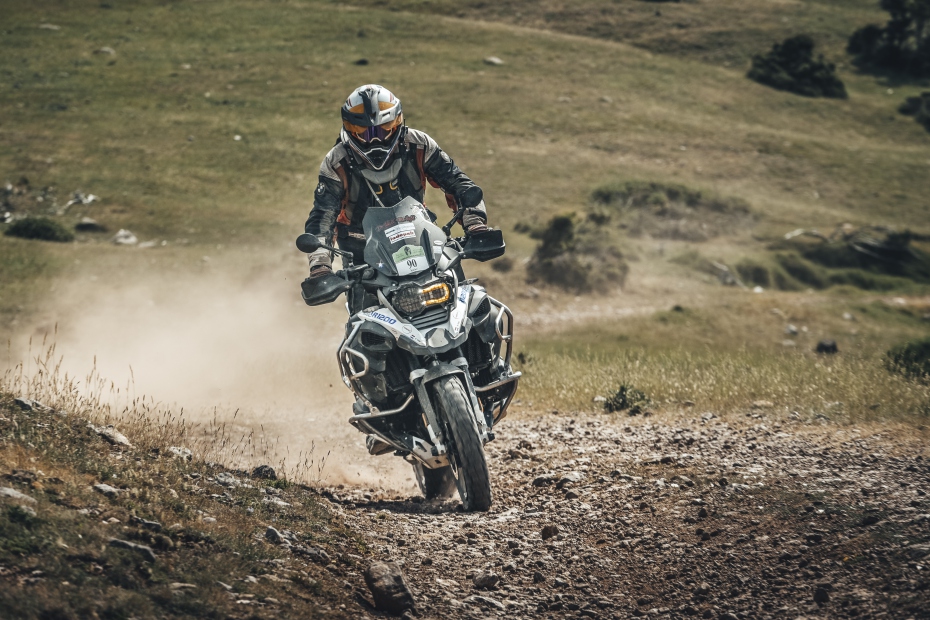 Recently you could read about our employee Peet, who will take part at the 2020 GS Trophy in New-Zealand. Since the Trophy is a team effort, Peet is not the only rider to represent The Netherlands: he is joined by Jaap van Hofwegen and Xavier Tobe. Since the GS Trophy is not until next year, they had some time left to take part in the Gibraltar Race. Fun fact: it was their first long trip with their brand new Dr. Jekill & Mr. Hyde exhaust systems.

Jaap started riding motorcycles when he was 18 years old and by then he already knew he had to ride a GS someday. Working abroad in South-Africa made this dream come true. Even better; next to riding the motorcycle he always wanted, he also had the perfect surroundings for going on adventurous rides and pushing his GS to the maximum. Xavier is the youngest in the GS team and discovered his love for motorcycles while riding on the back of his dad’s bike. As soon he was eighteen, he got his motorcycle license and never looked back. Getting better and bigger bikes over the years he also finally bought a GS; the bike that took him to qualify for the GS Trophy. 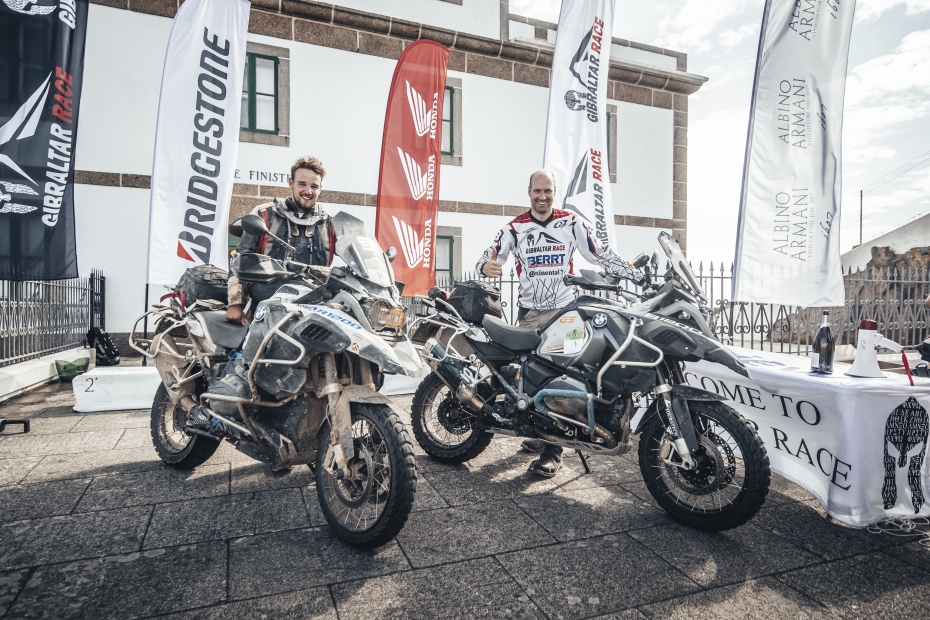 The Netherlands is not the most ideal place to have exciting motorcycle rides that go mostly off-road. This was something Jaap experienced when he moved back from South-Africa. It was only a matter of time till he began searching for rides outside of the Netherlands to quench his thirst for adventure. At the ‘Motorbeurs’ in Utrecht he heard about the Gibraltar Race and was immediately excited. The race would take him all across Europa. Starting in Poland and going down all the way to the south of Europe.

Curvy roads, the taste of adventure and an experience you never forget. You should come well prepared, because the Gibraltar Race is not a race you should take too lightly. Thousands of kilometres on all kinds of different terrain and weather conditions, divided over 8 or 15 days. The name Gibraltar Race might be a little misleading, since it is not a race where the goal is to be the fastest rider. One has to take into account that a huge part of the race is done on public roads, where the riders have to respect the maximum speed etc. No, the race element of this rally is to find the right roads, navigate to the checkpoint and to be there in the set time limit. Riding too fast could even result in serious penalty points.

After his many adventurous rides in South-Africa Jaap was eager to participate and asked Xavier to join him. Having only two weeks to prepare, he was a little bit reluctant. “what do you mean, lack of time, you still have two weeks?”, his father told him. Xavier was convinced and started preparations together with Jaap. 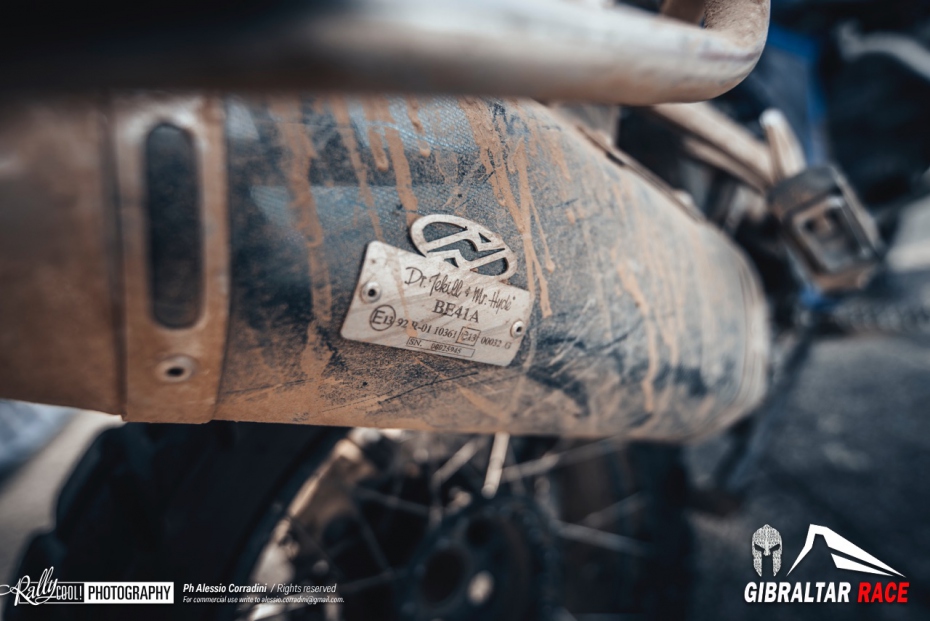 Having Dr. Jekill & Mr. Hyde exhaust systems on their GS bikes, this was the first time they could really test the exhaust on a long trip and see how it handled on the long run. “Before I rode with an exhaust that had only one mode, meaning only one sound. It did not really contribute to the riding experience”, says Jaap. Xavier really enjoyed playing with the different performance modes of the exhaust: “Since the Gibraltar race is 50% on road and 50% off-road, it was cool to play with the exhaust.” Riding with a closed valve on the paved road and opening the valve going off-road: “this really gave an extra dimension to the riding experience, it felt like having a different exhaust”, he says. Jaap agrees with him: “It’s a great concept, also when you show it to other people, you get a lot of positive feedback”. Taking into account that you ride up to 12 hours a day, sometimes in scorching heat, you can imagine that the Gibraltar Race takes its toll on the riders. Going off-road and getting to the checkpoint in time was often accompanied by the unleashing of Mr. Hyde: “it really wakes you up, it activates and motivates you”, says Jaap. “It is like it gives you a fighter’s mentality”, Xavier adds.

Furthermore the Mr. Hyde mode enabled them to communicate better with their motorcycle. Thanks to the accompanying sound, they got more feedback from their bike, which not only helped their mental state, but it helped signalling when something was wrong with the bike, like for example when tires needed to be changed. 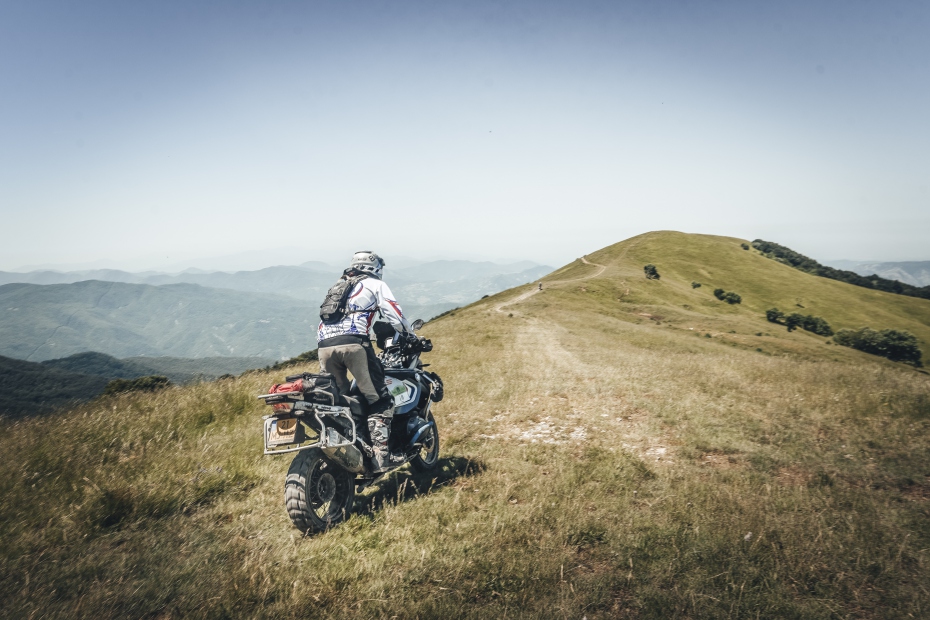 Now it’s time to get everything prepared for the GS Trophy. All three of them are training together and we will keep you updated on the road to New-Zealand. You can follow Peet, Xavier and Jaap on Instagram to see their preparations for the GS Trophy.

Get Dr. Jekill & Mr. Hyde for your BMW
Share our story