The trigger for this project was Harley & Snow; a yearly event where riders with Harleys and other bikes race up a ski slope, or fall down while trying. Being at this event one of our employees got the idea to have a Dr. Jekill & Mr. Hyde custom bike to compete at the event, thus the idea for the Husky was born.

After sitting down with Nic Nagel from Nagel Motors and Christian Pingitzer from BMW Motorrad, the idea started to take form and something unique was about to be created. More sponsors like K2 Sports, SW-Motech as well as BELL Powersports Europe got enthusiastic about the project and decided to take part. 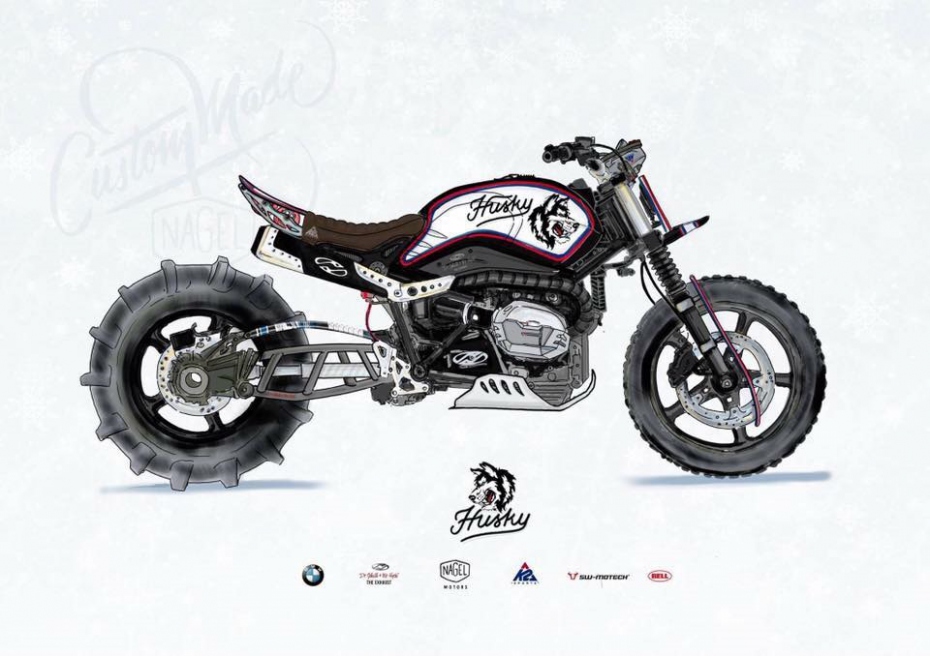 After getting a brand new BMW R nineT Scrambler from BMW Motorrad to Nagel Motors, the bike got a complete makeover.  The Scrambler got an extended swing arm, modified subframe including K2 Sports parts, SW-Motech crash protectors, and of course a Dr. Jekill & Mr. Hyde exhaust system. Unlike a bike that is made for riding on the streets, the Husky did not get one, but two Mufflers. The icing on the cake was the special paint job by Nic Nagel himself.

Harley & Snow was the first event where the Husky would have to show its qualities. None other than Chris Pfeiffer, multiple stunt riding champion and BMW Motorrad ambassador, would challenge the mountain with the Husky. 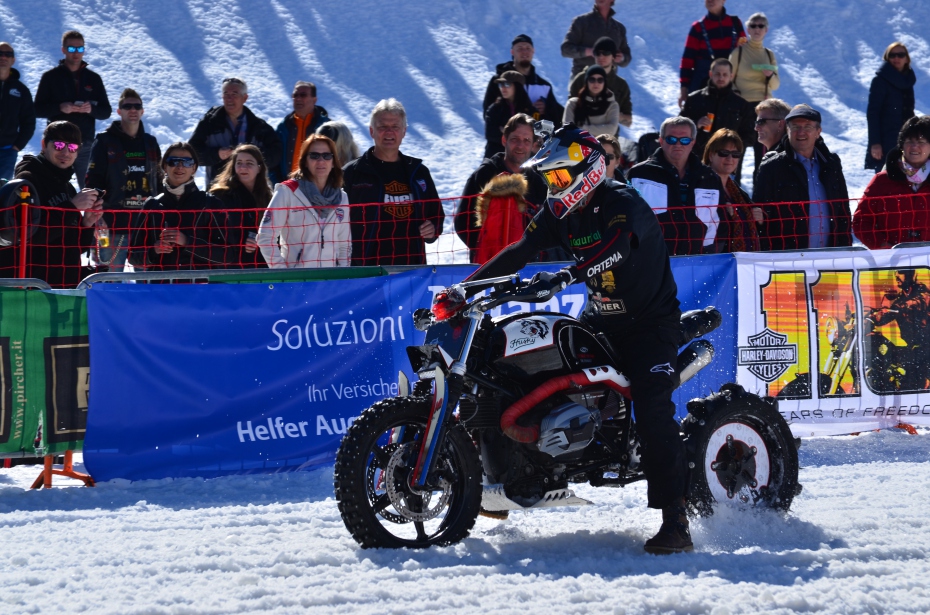 After riding up a ski slope it was time to give the husky a change of scenery and see how the bike would perform on asphalt. So the only logical thing to do was to enlist the bike at the racing event in Glemseck 101. Again the bike was ridden by a well-known rider, TV’s Lina van de Mars. The TV Host is an avid motorcycle enthusiast and was stoked to see what the Husky was capable of. After a long resting period the Husky was awakened again in 2018, to compete again at Harley & Snow. This time we had not one, but two riders tried to get the beast up the ski slope. Stuntrider Thilo Guenther rode the husky up the hill and also Roland Stocker, the father of the BMW R nineT, did not make a bad attempt in trying to tame the beast, but sadly did not made it up the hill.  After Harley & Snow the Husky got taken back to its lair and now we have to see what will be next.

Will the bike go to the BMW Motorrad Museum or made into scrap metal? We certainly hope for the first option. 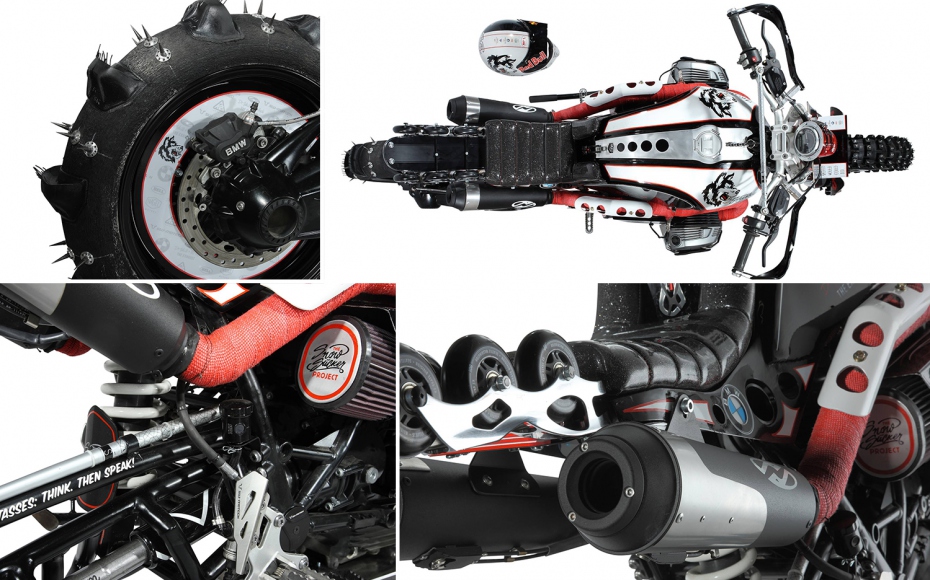