Not a hobby, but a lifestyle Mike on the bike

For many of us the following will be painfully recognizable: you bought a BMW GS because you really want to go on an adventure - the ultimate steel steed to conquer the steppe in Lapland or challenge the dust of the Sahara. But in the end, a weekend in Luxembourg turns out to be the highest attainable... 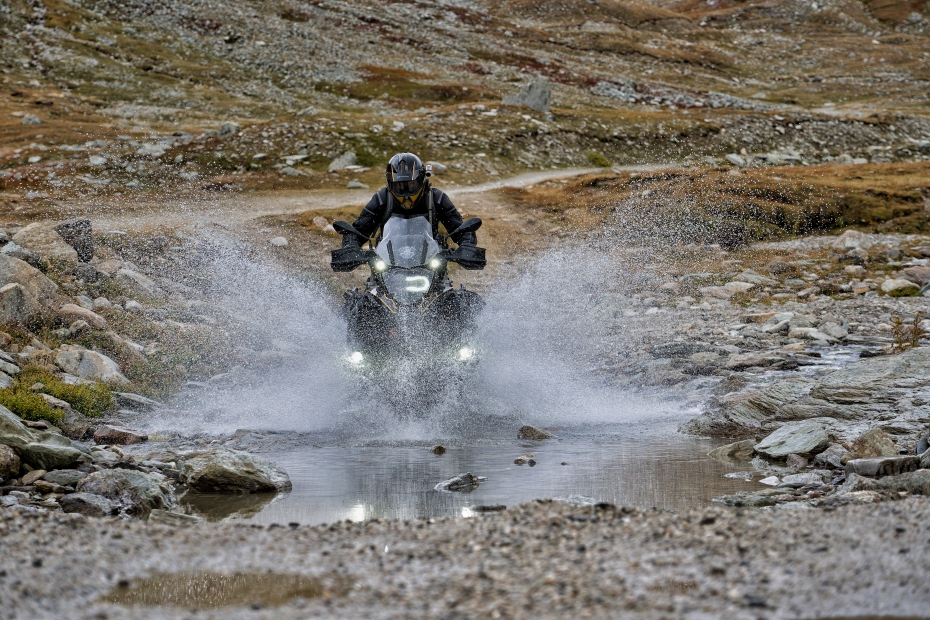 MOTORCYCLING AS A NECESSITY OF LIFE

Michael Kersten, better known with his Instagram name Mike On The Bike, proves that this dream can become reality. Mike spends most of his life riding and thinks that we all spend too much time working and have too little fun. Mike rides a fully modified GS that many people envy and where a Dr. Jekill & Mr. Hyde exhaust is of course mounted. An exhaust which he himself especially enjoys in the silent mode. “I like nothing better than to be completely absorbed in nature - the exhaust can be a lot quieter than the original which made it indispensable for me.” Mike is back in the Netherlands in between tours s0 we thought it was time to put the man to the test about what drives and moves him.

A CHRISTMAS TRIP TO GIBRALTAR

Let's start at the beginning - how did Mike get into motorcycling? You often hear that people who grow up in families where relatives already ride motorcycles will get inspired, but in Mike's case it was almost the opposite; he comes from a cycling family... Fortunately his father did ride a motorcycle occasionally and somehow affected Mike with it too. In 2016, when Mike went through a lesser period in life he decided to just go for it. He quickly got his driver's license and bought a R1100S, with which he drove to Italy with his girlfriend on the back. He liked this so much that he immediately planned the next trip: a Christmas trip to Gibraltar!! In the end, it was a worn-out tire that turned him around at Sierra Nevada. 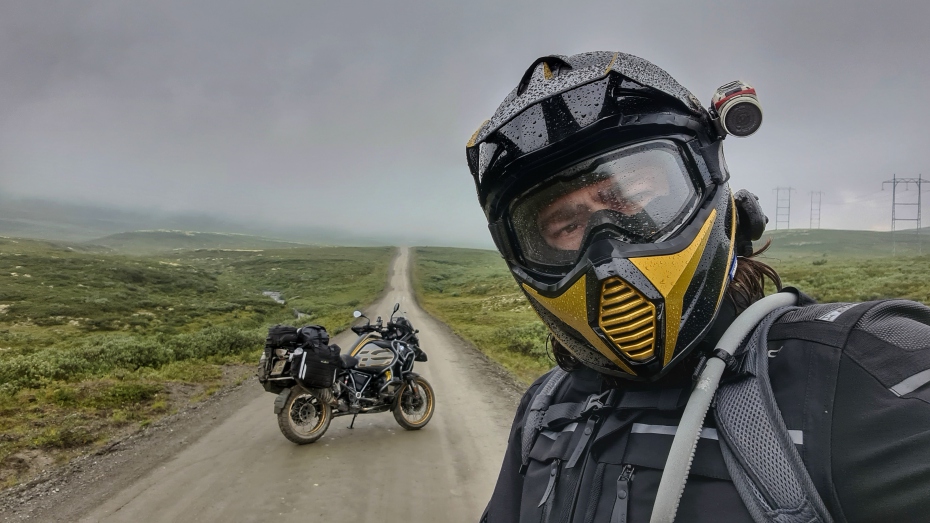 The seed had been sown and his desire for adventure was growing and growing. One day his father showed Mike his new bike - a BMW GS. Mike was initially angry with his dad: "Did you buy a GS? You know it's my dream bike, you don't even know how to drive that thing!" Frustration quickly turned to extreme joy when his father informed him that the GS was not for himself but a gift for Mike! 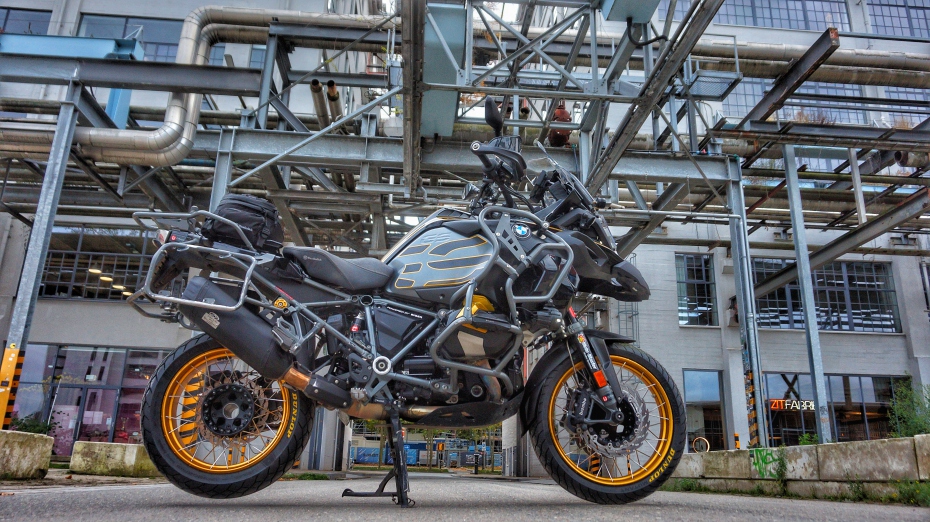 THE MOST BEAUTIFUL COUNTRY

Mike always said: "If I ever get a GS, the first thing I’ll do is ride it to Norway!" To make up for his words that’s what Mike did, disappointing his friends with whom he initially would go to the Stelvio Pass. In the beginning this was met with some misunderstanding, but later his friends also realized that Mike just had to do this.

Mike immediately fell in love with Norway. Despite the many places he has now visited, Norway remains the country to which he keeps returning. The moment we spoke to him, he had also just returned. Where many motorcyclists plan their trip meticulously and plan the route to the last detail, Mike does this a bit differently. "I live from day to day and see what comes my way," he says and that's how his journeys usually go. He has a final goal (or not), packs his things, rides and sees where he ends up. As long as he can pitch his tent somewhere, he is satisfied. Even if that is in a place where it is actually not allowed. "While traveling in Italy I found a beautiful, but unofficial camping spot. That evening I heard wolves in the distance. Both a terrifying and unforgettable experience." A story that immediately brings him to another anecdote about the fauna during a motorcycle ride: "I woke up once with a huge moose standing in front of my tent. You don't want to get hit by that. All I could do was zipping up the tent and wait," he laughs.

TRAVELLING ON A BUDGET

So much travel comes at a cost. For that reason Mike’s way of traveling is quite 'spartan' as some would say. However Mike believes that is the only way to get a taste of the real freedom of motorcycle travel. "Nothing is more beautiful than unzipping your tent in the morning and hearing a babbling brook and warming up the leftovers from last night for breakfast. No hotel can beat that." Ultimately, of course, you also want those trips not to make you go bankrupt, which is why he always has a day budget that varies between 35 and 50 euros. "A country like Norway is of course expensive and certain things like alcohol are not affordable. 700 Grams of salmon, on the other hand, you get for not more than 6 euros. Add some potatoes, wrap it in silver foil and cook it on your campfire and you have the most delicious meal ever!"

‘Work less and do more fun things.’ Explain that if you have a mortgage and a few kids. Still, Mike is busy converting his philosophy, at least for himself, into a revenue model. He is working on making his rides accessible for those who are interested. Of course preceded by the necessary off-road training, clinics and a weekend to Luxembourg to see if everyone has the right skills ready to take on such a journey. "People often say to me, I want to do what you do... well, this way I give them that chance." He now often organizes weekend trips. "People get out of their normal routine - you see them revive instantly."

MANY KILOMETERS TO GO

Where at this time of year most people start putting their bikes in the garage for the next few months, or taking them to the dealer's heated winter storage, for Mike the fun really starts now. "A battery has never been killed, because the bike has stood still for too long." Even now that the weather is getting cold and bleak, he continues to go out with a tent. Perhaps a good preparation as he indicates that he will one day emigrate to his beloved Norway. Then it never hurts to spend as much time as possible in cold weather. 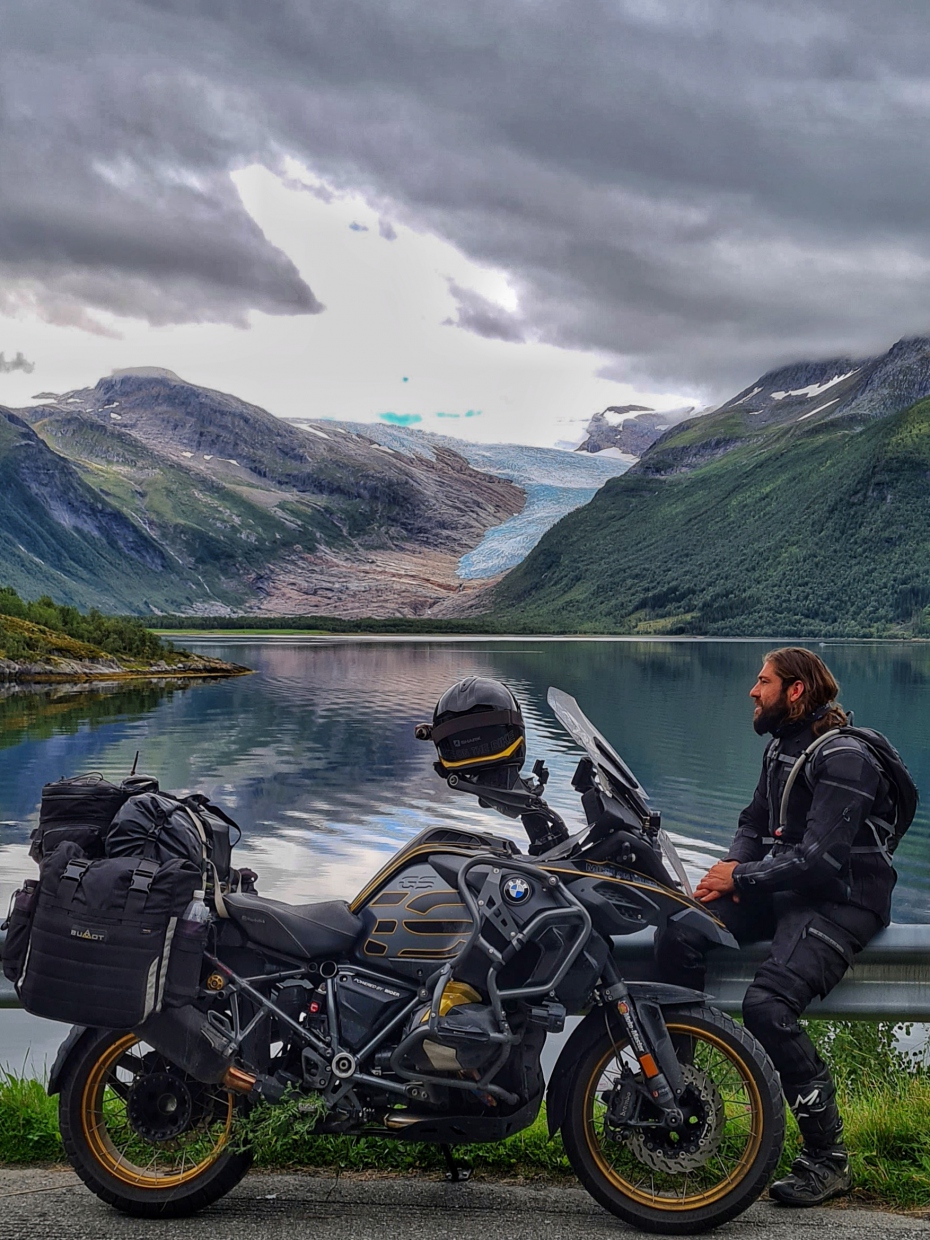