“Freedom!”, that is what most riders say, when you ask them why they ride a motorcycle. Riding a bike seems to go hand in hand with an unlimited sense of freedom. In reality there are also many riders to whom that sense of freedom is riding to the local bar when the sun is shining and riding back at the end of the day. Next to the sunny Sunday afternoon riders, many bikers are of course real road hogs that put some serious mileage on their bikes… and then there is Dmitry Khitrov. Dmitry is certainly a category of its own.

Imagine the following situation. You ride an adventure/enduro bike that is made for the most difficult terrains. You have the newest equipment to ride all the way up to a historical temple in the middle of Cambodia. With a lot of effort and riding skills you finally manage the trip up to the temple. Image the look on your face when all of a sudden a big Harley-Davidson Road Glide calmly stops next to you and this even bigger Russian guy gets of the bike. Most people that ride a Harley-Davidson, ride this bike to experience the freedom of the open road, provided that the open road is paved. Dmitry proves that a Harley-Davidson can also ride the most difficult terrains and seemingly unpassable roads. 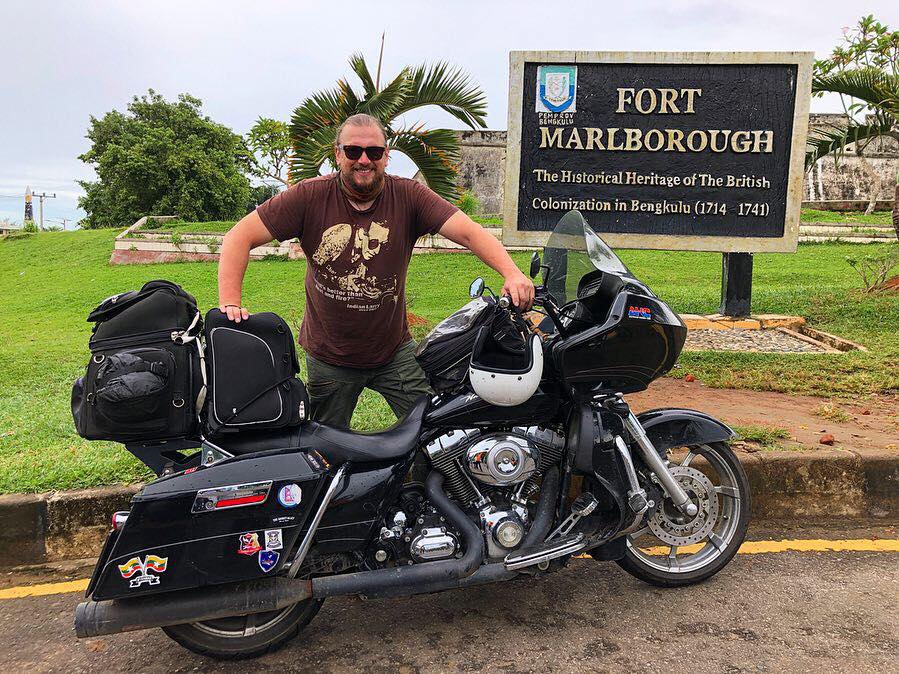 2 Bikers are better than 1

A while ago he decided that he wanted a second bike for his tours and bought a BMW 1200 GS. Just like for his Road Glide, he decided the bike needed a Dr. Jekill & Mr. Hyde exhaust system. Visiting The Jekill and Hyde Company in Belfeld on one of his trips, the GS got an upgrade with a Carbonsteel Nomad exhaust.

After mounting the exhaust he was asked if he stayed in the Netherlands for the night. He replied: “No I want to be in Moscow tomorrow, so I guess I ride to Poland tonight”. For your information, from The Jekill and Hyde Company in Belfeld to Moscow it’s 2348 Kilometres. Of course since he has the exhaust, he put more mileage than most of us would in 5 years. He is absolutely happy with the exhaust: “I rode 2850 km from Dijon, France to Moscow in 30+ hours and I would definitely get deaf without Dr Jekill & Mr. Hyde!” 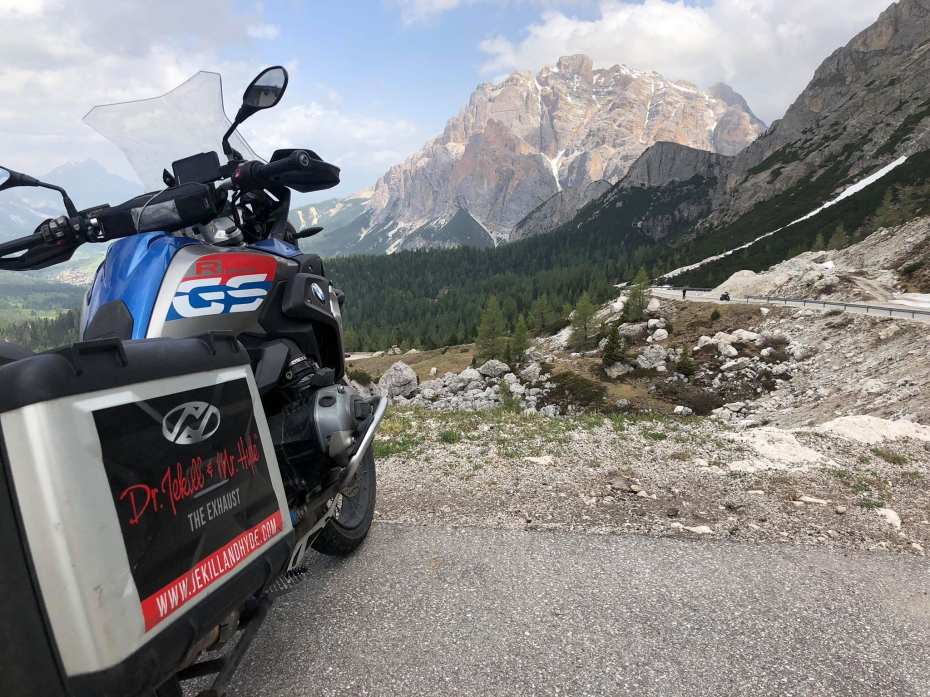 His next big trip is going up North. It will start on July 14. It is going to be a ride around Baikal lake and then to Vladivostok. The whole trip will be around 10000 km in total. We will keep you updated on his adventures!