The Exhaust for KTM

Take your bike to the next level with Dr. Jekill & Mr. Hyde | The Exhaust. Electronically adjustable. 3 sound modes. Street legal.

The Exhaust for KTM is available for: Naked, Sports Tourer and Travel

the exhaust for KTM

Ride where no one has ridden before. The KTM travel series can take on any surface. Wheather you are blasting through the sands of the Sahara or riding an endless highway... you decide!

Where unmatched speed meets comfort, a KTM Sports Tourer bike has it all. Travel, impress your friend, whatever you want. The only thing that can make this bike even cooler is a Dr. Jekill & Mr. Hyde | The Exhaust.

Time to devour some asphalt! No compromise, no limits with the Super Duke! Lost your fellow riders? Check your rear view mirror and perhaps still see a glimpse of them trying to keep up with you.

Whether you are riding through the sands of the desert or tearing up mountain roads, it is time to make yourself count with Dr. Jekill & Mr. Hyde | The Exhaust.

The Jekill and Hyde Company gives motorcyclists the ultimate riding experience with The Exhaust: an electronically adjustable exhaust system which makes it possible to choose between three different performance modes on the fly. 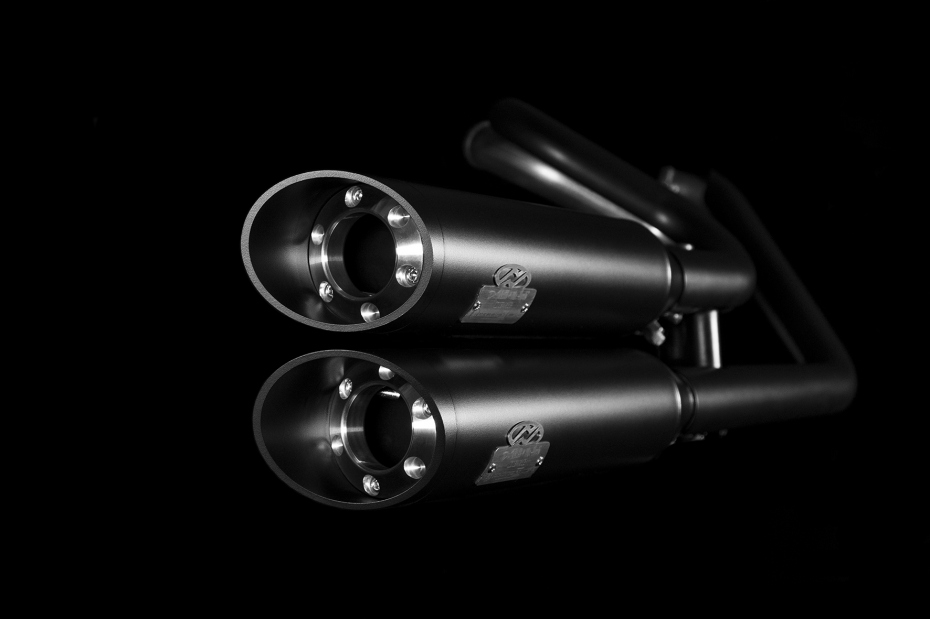 1997
The start of The Jekill and Hyde Company
2011
Received the European Type Approval
2015
First ‘non-chopper’ brand is added with the Honda Goldwing
2016
Dr. Jekill & Mr. Hyde | The Exhaust for BMW
2017
Added KTM to the roster
Share our story

Customize your own Dr. Jekill & Mr. Hyde | The Exhaust for KTM. Let’s build something beautiful.

USE YOUR HEADPHONES
FOR THE ULTIMATE EXPERIENCE

start how it sounds

turn off your bike

this is why
Riders love us

"So, What I particularly like about the Dr. Jekill & Mr. Hyde exhaust is the deep sound, the quality and that the valve is inside the silencer. I also think it's great that you can change the look of the exhaust afterwards by replacing the end caps. 100% legal and yet the full Harley sound is absolutely great, especially in Germany."

“Dust, mud, extreme weather ... I ride a BMW GS as it is meant to be! A motorcycle that breathes adventure must occasionally go off the paved road and offroad! “I used to drive with an exhaust that had only one mode, which means that there was only one sound. This was not really contributing to the driving experience. Driving with a closed valve on the paved road and opening the valve off-road really adds an extra dimension to the driving experience; it feels like I have 3 different exhausts! It is a great concept: if you show it to other people, you get a lot of positive feedback."

Show review
Hide review
"I am a person with emotion - the sound of the motorcycle has to be top notch."
Frank Schelper  |   Harley-Davidson Breakout

"I've hesitated for a long time to buy a Dr. Jekill & Mr. Hyde exhaust system. This year I finally got the heart to configure and order the exhaust system according to my wishes. After the exhaust system was mounted on my Harley-Davidson Breakout and I picked up the machine, and I was fascinated by the sound after the first 5 km. I haven't regretted my decision since. It's also a wonderful feeling not to be out on the road with an illegal exhaust system anymore. I will continue to enjoy the sound in my ears every mile. This is another reason for me never to buy an electric motorcycle, athough I am convinced that electric motorcycles also have a certain charm. But unfortunately I am a person with emotion - the sound of the motorcycle has to be top notch."

"I'm very satisfied with the exhaust! Every time I start my bike and let the deep bass sound rattle, I get goosebumps. It motivates my inner beast to get the best out of my Scout and enjoy the wonderfully pleasant and rough sound- only then I can fully enjoy a perfect motorcycle ride."

"When I ride with my motorcycle I feel free. And when I ride with my Dr. Jekill & Mr. Hyde exhaust I feel like I'm the king of the streets. And when everybody looks at me and give me a thumbs up I know I made the right decision choosing this exhaust system."

“I love to ride along the shores of Gérardmer Lake (Vosges, France). A beautiful place full of walkers, cyclists and sports enthusiasts. When I drive here I always use the Dr. Jekill mode, which gives me the possibility to ride in stealth mode and not disturb anyone. But when I make my way back on the meandering roads of Col de Bonnefontaine I switch to the Mr. Hyde mode to enjoy the delicious rumble that echoes through the mountains around me and at the same time warn oncoming traffic that I am approaching. Great right?”

“The Mr. Hyde mode allows me to communicate better with my motorcycle. Due to the different sound modes you get more feedback from your motorcycle, which helps, among other things, to signal when something is wrong with the motorcycle. For example when the tires have to be replaced. Mr. Hyde mode really wakes you up during a long drive or when I go off-road; it activates and motivates you. It gives you a real fighting mentality."

"Dr. Jekill & Mr. Hyde offers the unique powerful Harley sound I was looking for. Which is more bassy, but still civil enough for daily rides. Even the possibility of adjusting the valves with just a push of a button is very comfortable on longer tours. You get something for the price and it's worth it."

"I got to know Dr. Jekill & Mr. Hyde at a motorcycle fair. I was impressed by this exhaust system from the first moment. But after a test drive I was sold. Wonderful to drive being able to play with the sound. The fact that it is legal, but still gives a beautiful deep Harley sound was the deciding factor in choosing Dr. Jekill & Mr. Hyde and they are also beautiful under my bike, also not unimportant. My bike passed the strict RDW inspection and I can confidently cross the (German) border without worrying. "

"I have my Dr. Jekill & Mr. Hyde exhaust for one year now, 6.500 km on the 2019 Street Bob 107ci stage I with S&S teardrop intake... and VERY HAPPY! Amazing sound, deep, dark and loud, but quiet when necessary (neighbours, city center, horses or small kids around...) all this legal with certificate. This head-turing piece of art is a must-have on your bike!!"

"In town, I use the quiet, Dr. Jekill mode. As soon as I leave the city I press the button and switch to dynamic mode, the middle position. I find this sound mode very comfortable. But if the situation asks for it, for example when drivers sticking too close to my license plate, the valve opens to the Mr. Hyde mode. And that sound impresses! With my wife on vacation, only dynamic mode is allowed. But if I am alone then..."

"When you close the valve then the exhaust is quiet but sounds very smooth. Perfect for off road rides in nature or near residential areas. But when you open the valve and open the throttle, then the GS has a beautiful sound. Loud but not too loud, just perfect. It has a nice and dark sound."

"Dr. Jekill & Mr. Hyde is the best investment in my bike so far!!! It adds 100% more driving fun. I can adjust the volume according to my needs, and at the push of a button a roaring sound and pure performance. And the best of all it's street legal. Many thanks to the Dr. Jekill & Mr. Hyde Team - great job keep it up!"

"Love my Dr. Jekill & Mr. Hyde! Street legal, more power and 3 great sound modes with a push of a button. And my bike is 1,5 kg lighter too. Totally worth the investment!"

"The best decision I've ever made to have this mega exhaust fitted! There is simply NOTHING BETTER !!! Should be standard on every Harley - I can't get the grin off my face anymore!"

"If you are looking for a high quality and exactly finished exhaust system which can be modified to your own style you have to choose Dr. Jekill & Mr. Hyde! On top you also get the possibility to change your sound levels easily by a push of a button."

"Mr. Hyde position (valve open) is also ideal if I am quietly riding through traffic jams. The heavier sound is more noticeable and combined with a small speed difference it has a huge effect on the reaction of cars and trucks. A clear plus for safety!”

We are happy that our customers love their Dr. Jekill and Mr. Hyde | The Exhaust. And they're proud to show it!

Do you want to know more about The Jekill and Hyde Company products and services for your brand? Enter your email address, choose your brand and you will immediately receive a link to the desired download in your mailbox.

THE EXHAUST for KTM

Your perfect exhaust is only a few clicks away. Pick your body colour, end cap and electronics, and make it yours. Let’s build something beautiful.

CONFIGURE THE EXHAUST
We use cookies to offer you a better experience, analyze site traffic, and serve targeted advertisements. By continuing to use this website, you consent to the use of cookies. Read more about it in our Privacy Statement.
AcceptNo, thanks